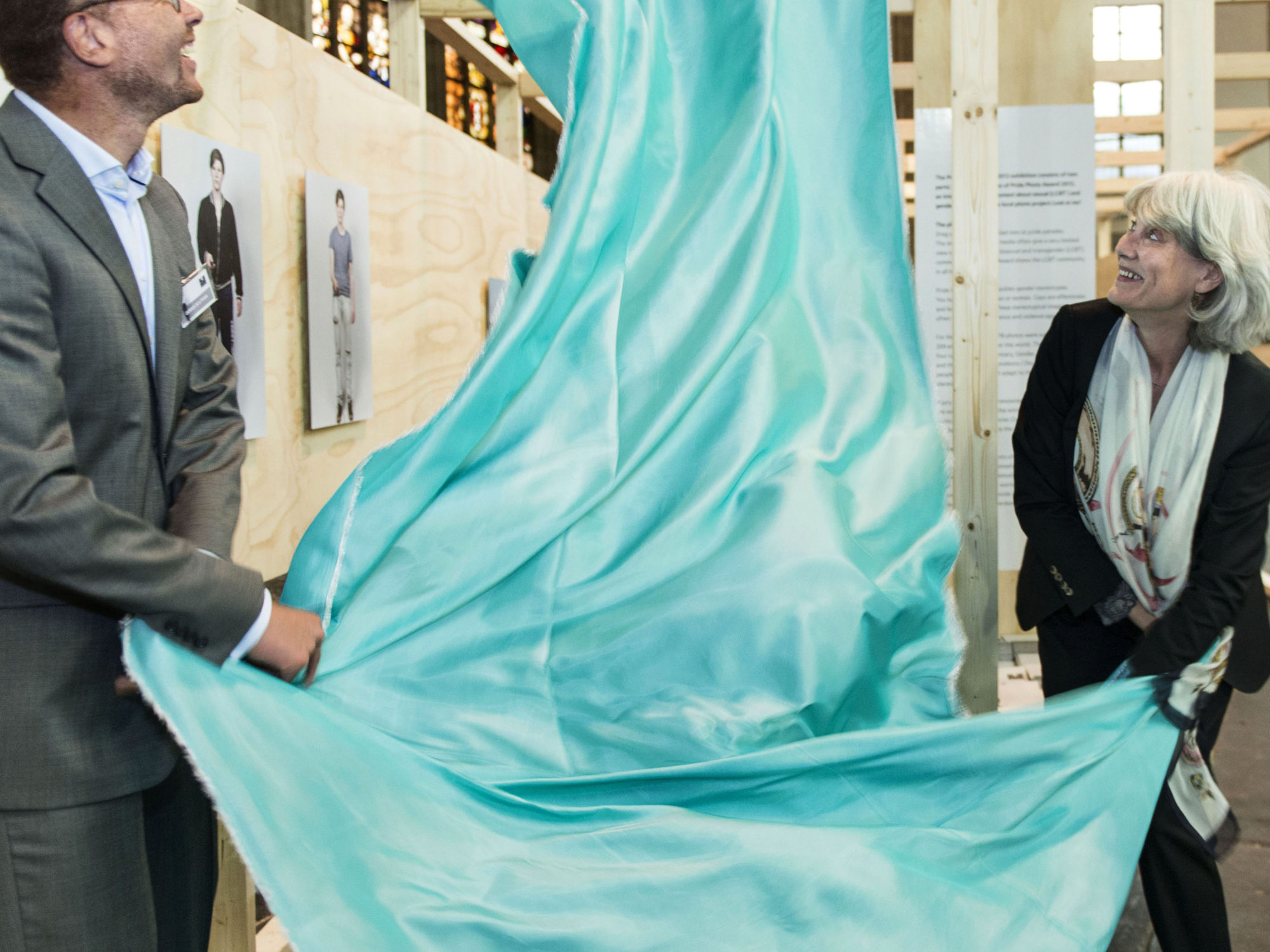 The Board of Pride Photo Award commissioned Deneuve to do PR for its 2012 edition in De Oude Kerk in Amsterdam. The result was attention in national and international media and appreciation by the media and stakeholders.

Pride Photo Award is the annual international photo contest for photos about sexual and gender diversity. The photos show that gender is not a binary concept: male/female. There are as many variations of gender as there are people. They also show  the diversity of the LGBT (lesbian, gay, bisexual, transgender) community, as opposed to the stereotypes usually shown in the media. Pride Photo Award brings together a selection of top quality photography. It offers photographers a platform to show their own definitions of sexuality and gender. It furthers acceptance of sexuality and gender diversity.

A jury of internationally renowned experts on photography select the winners in the various categories and the single best overall picture that is awarded the Pride Photo Award for that year. With these images the organization reaches out to the rest of the world through traveling exhibitions, the internet and the media. A selection of the winning photographs are shown on several squares throughout Amsterdam. Teenagers interview passers-by about the photos on film. These films are used to initiate local debates with groups that are hesitant to accept sexual (LGBT) and gender diversity.

Pride Photo Award is an initiatief of COC Amsterdam, IHLIA (International Gay and Lesbian Information Center and Archive) and the Homomonument Foundation, with the support and advice of Foam (Photography Museum Amsterdam) and  World Press Photo.