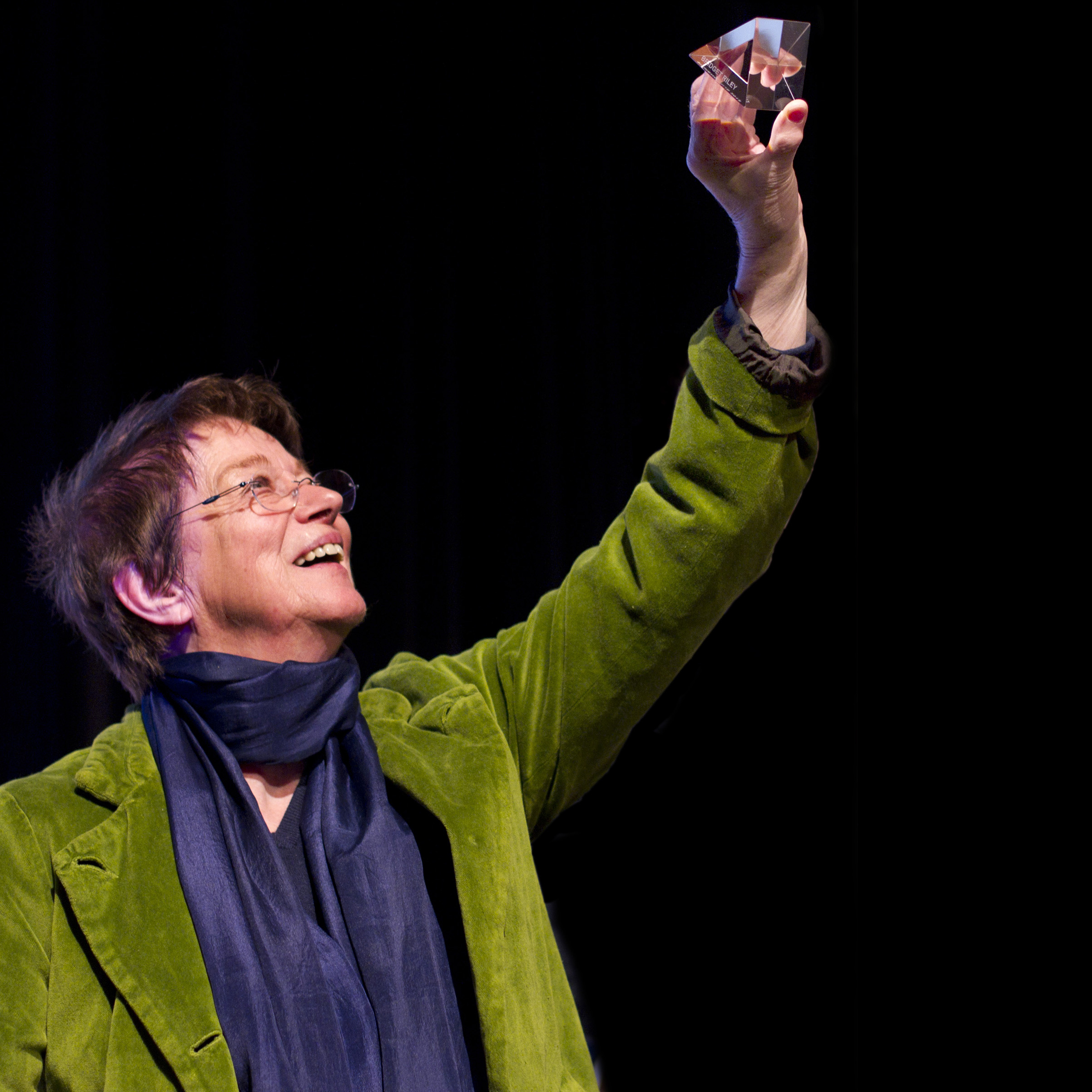 Deneuve organized the award ceremony of the Sikkens Prize to Bridget Riley (photo Maarten van Haaff) and the Mondrian Lecture by Dick Swaab on 28 October 2012 at Gemeentemuseum Den Haag. Deneuve also did the PR for this event that resulted in lots of attention and wide acclaim in the national and international media, i.a. BBC, The Guardian and Artforum.

Sikkens Prize 2012: Bridget Riley
Bridget Riley studied at Goldsmith College London (1949-1952) and the Royal College of Art (1952-1955). She already made a name for herself in the 1960s with her black and white paintings that investigated the dynamic effects of optical phenomena. Riley began to experiment with colour in 1967, and since then she has been investigating perception through colour and form. Her work has been shown in international solo and group exhibitions since the early 1960s, from The Responsive Eye in the MoMA in 1965 to the solo exhibition New Paintings and Related Work in the National Gallery in 2011. Bridget Riley has received numerous distinctions and prizes, including the international prize for painting at the 1968 Venice Biennale, the Kaiserring of the city of Goslar in 2009, and recently the 12th Rubens Prize from the city of Siegen.

Mondrian Lecture 2012: Dick Swaab
Dick Swaab – presentor Mondrian Lecture 2012
Dick Swaab is a doctor and emeritus professor of neurobiology at the University of Amsterdam (AMC) Dick Swaab was director of the Netherlands Institute for Neuroscience from 1978 to 2005 and founder and director of the Netherlands Brain Bank until 2005. Currently he is team leader at the Netherlands Institute for Neuroscience, and is the Chao Kuang Piu professor at the Zhejiang University, Hangzhou, P.R. China. He wrote the monograph The Human Hypothalamus in Handbook of Clinical Neurology and the bestseller on how the brain works: We are our brains. From the womb to Alzheimer’s. The book has been translated into German, Italian, Chinese and other languages.

Sikkens Foundation
The Sikkens Prize is awarded every two years by the Sikkens Foundation, an independent cultural foundation whose objective is to promote social, cultural and scientific developments in society in which colour plays a specific role. The first Sikkens Prize was awarded to Gerrit Rietveld in 1960. Other award winners have included Le Corbusier, Donald Judd, the hippies and the HEMA retail chain for their pioneering work in the field of the application of colour. The first Mondrian Lecture was delivered in 1979. Among those who have given it are Walter Lewin, Umberto Eco, Simon Schama, Rem Koolhaas, Artangel and Charles Jencks.

Chairman of the Sikkens Foundation, Dingeman Kuilman: “Bridget Riley and Dick Swaab  make it clear to us all that color is truly the place where our brain and the universe meet”.